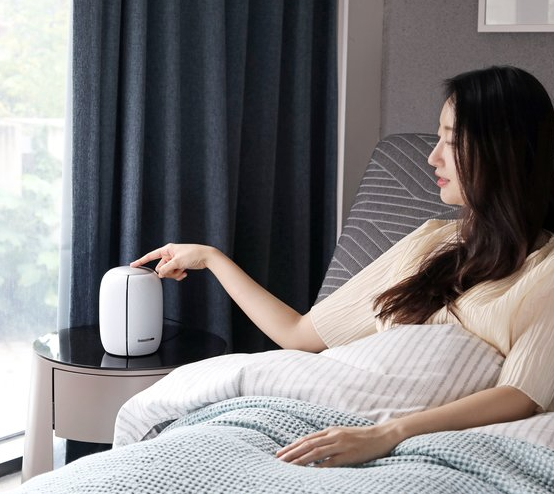 A high-quality voice sensor for AI has been developed – and it imitates the human ear structure. It is a technology that can soon be commercialized, as it can be applied to smartphones and AI speakers. A research team affiliated with KAIST developed an AI voice sensor, improving voice recognition on smartphones and AI speakers. “Technology nearing commercialization; The team currently looking for partners.”

KAIST announced on February 15th that they developed the world’s first “resonant flexible piezoelectric acoustic sensor (f-PAS)” which reduces voice recognition errors by 95%. The resonant f-PAS employs the “resonance” phenomenon in which the sensor vibrates with large amplitude in a specific frequency range and the “piezoelectricity” phenomenon in which pressure applied spontaneously generates an electrical signal.

Until recently, attempts to resolve voice recognition errors of AI speakers through software have been made. Keon Jae Lee and Hee Seung Wang of the KAIST Department of Materials Science and Engineering research team have successfully developed sensors that leverage physics to recognize speech accurately. The sensors work in the same way that hearing aids help those who are hard of hearing.

The trapezoid-shaped basement membrane in the human cochlear induces resonance in the audible frequency range to amplify sound. The tiny, 30 mm base membrane can induce resonance thanks to its microscopic structure that can only be measured in micrometers (μm). The research team developed the way the sensor mimics the extremely thin and flexible structure of the basement membrane in the human ear. Professor Keon Jae Lee said that it is “the first resonant voice recognition sensor in the world to imitate the human ear structure.”

The sensor was relatively accurate in recognizing speech, the researchers explained. The voice recognition accuracy was high, and errors were reduced by 60-95% depending on the conditions. Professor Lee said, “We ran 50 tests per voice command. Whereas commercially available AI speakers or smartphones such as the iPhone or Galaxy misrecognized voice commands about 10 times, a prototype equipped with the research team’s sensor misrecognized the command only once to four times.”

The research team also successfully created products using the sensor by applying it to smartphones and AI speakers. The company founded by the research team (FRONICS) is currently collaborating with an IT company in Silicon Valley in the US to commercialize the sensor.

Professor Lee said, “This voice sensor that we successfully used in devices is a key sensor that can drive the AI technology of the future, and we will soon be able to see products with this sensor in our daily lives. We are interested in Korean companies as well, but we are currently looking for leading AI and IoT companies overseas as potential partners.”

This research was sponsored by the National Research Foundation of Korea, and its results were published in the international scientific journal “Science Advances” on February 12.